Winter has eczema. And it is a nightmare. I had only encountered one child with it; Ida’s son; all my life, so I was pretty shocked at how bad it could be. Sure, I read everyday about parents who have kids/babies with eczema, but I never realized it would be *this* bad. Only yesterday I left him to wash off my hands after applying lotion on him and came back to his screaming with half his face covered with blood. He had scratched his face and blood smeared over his cheek and on mattress. The whole thing looks like it came straight out of thriller movies with bloody scene.

With his eczema too, there came like ten tons of suggestions and tips of what I should and should not do. From family, to friends, to that nyonya I met at KLCC while waiting for my husband who went to the toilet. I’m not being sarcastic, but our society is really very kind.

We sent Winter for allergic test at a clinic in Seri Putra. The paediatrician was originally Heartbeat’s but Winter’s paediatician annoyed me too much I switched. Everytime we went to the clinic, Heartbeat got very happy telling us he wanted to see the doctor because he “sakit pewut”. He loves having the stethoscope on his tummy. The paediatrician patiently mock-check his tummy (which I’m very thankful she took the time to do it) and we got her to tell him to eat nasik. So now when he refused to eat, we would say, “But the doctor said you have to eat nasik!” Ha ha ha. 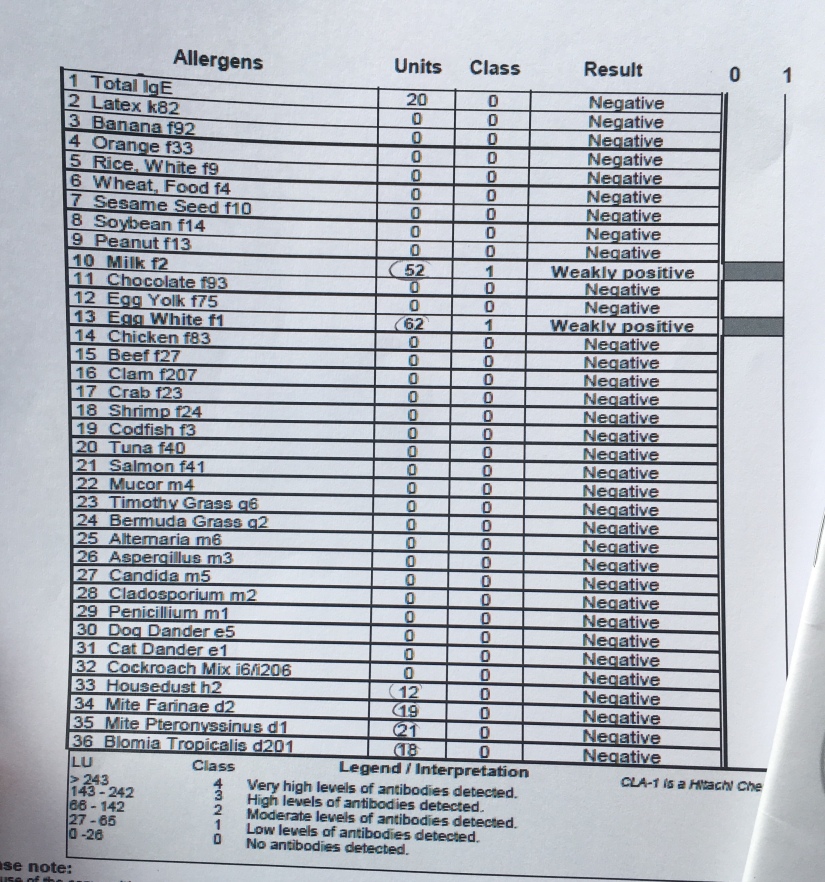 Weakly positive on egg white and milk, therefore the doctor was not too concern.

Do you know? 2 out of 3 kids with eczema does not have food allergy. And even if they do have food allergy, it is not clear if the traces of allergen in mother’s milk is high enough to trigger an allergy reaction. However there are babies whose symptoms got better when the mother eliminate certain food from her diet, according to the mothers. So you just have to see what works for you. The paediatrician was not very happy to have me eliminate things from my diet for fear of me lacking important nutrients, therefore I will just be reducing, not completely eliminating.

And no, he is not allergic to shellfish, so nobody can stop me from eating Maggi Ketam. Hmmph!

But I guess the most soothing comment from strangers I received so far was from that Makcik with her two grown kids while I was browsing bread at the bakery. She took a look at Winter and said her daughter was the same, not to worry, it will go away once he grew up. The said daughter and her sister agreed. That was all she said. No further. And I had genuinely smile.

And please. No advertising whatever you sell in the comment section for remedy.

View all posts by farinisalim